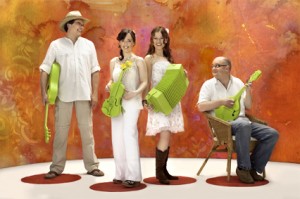 Litha, one of Europe’s top Celtic acts, consist of two duos: two from Scotland’s premier band Old Blind Dogs paired with two members of the Irish band, Cara. This will be an event not to miss…Litha’s debut album, “Dancing of the Light” has received overwhelming critical acclaim since its debut at Glasgow’s Celtic Connections Festival in 2012.
Tickets available online, www.brownpapertickets.com, $15 for adults, $5 for children under 12. For more information, call (831) 224-2819. Beer, wine, and snacks will be available for purchase, plus a portion of the ticket price to benefit St. Mary’s outreach to the homeless and its food pantry.